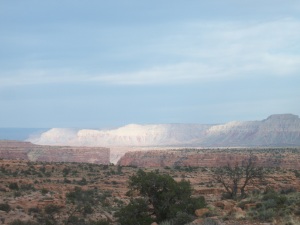 We sometimes need to create garbage

Before beauty is born

I want grandeur the first time.

I’m on day three of my new challenge. My challenge is to create something new every day. I’ve mostly been writing little poems, but there is a sci-fi story in me somewhere. I just have to dig long enough. At least, I hope it is sci-fi.  It is kind of hard, because Sally (a.k.a my inner critic) is on overdrive telling me that the my thoughts and words aren’t good enough.

I went to a Lindsey Stirling concert last night with the Accountant.  Here is a photo of us waiting for the fun to start.  Once the show started,  we were squished people screaming with lots of other fans.  Let me tell you the real story. I was yelling and jumping up and down. Nathan is much more of a philosopher when it comes to concerts. He stood there talking about how the music was too loud and analyzing the contrasts between music at home and music in groups.  I became friends with the woman squished next to me when we realized that we were both crying at the song Take Flight. Music has power. 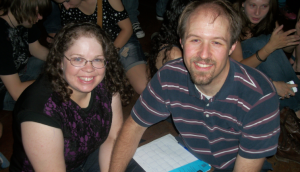